While researching devices for my home brew mobile phone, I've realized that the current generation of CPUs for mobile devices are actually seriously powerful, very low cost and use almost no power. The performance per watt and per dollar seems to be an order of magnitude better than the PC-class CPUs that are common in commodity servers nowadays. The absolute performance and memory capacity is lower, but is comparable to common PC hardware from a few years ago, and could be useful for more than running a high end phone or portable games machine. Devices such as the Marvel PXA270 and Freescale i.MX31 run at over 500MHz, some include floating point units, they support at least 128MB of RAM (a single chip), and a myriad of I/O interfaces, with Linux 2.6 support.

I think that there could be some interesting general purpose computer systems built from low power devices (CPUs that use less than one watt). I looked around but wasn't sure what to search for... I do know about the systems that are sold for embedded use, but they are typically configured using lower speed and lower memory options.

Does anyone know of vendors selling general purpose systems, or a category name for this space?

[Update: I asked around, and thought a while, and decided that this is interesting enough to have its own name "millicomputer" and its own blog "millicomputing"].
Posted by Adrian Cockcroft at 1:45 AM 1 comment:

Here is a link to the OpenMoko slide set presented at ETel. Worth a read, there is a lot of activity building around this platform at the OpenMoko community site.
Posted by Adrian Cockcroft at 11:21 AM No comments:

Email ThisBlogThis!Share to TwitterShare to FacebookShare to Pinterest
Labels: openmoko

Here are the CAD pictures of the phone, I made the rear case cover translucent so that some of the parts inside can be seen. The big dark block is a Treo650 battery, the block in front of it is the Telit 862 GSM/GPS module that does all the phone stuff... Its 130mm long and 75mm wide, quite big, but thats a 3.7" 480x640 LCD, and its easier to fit off the shelf parts inside :-) 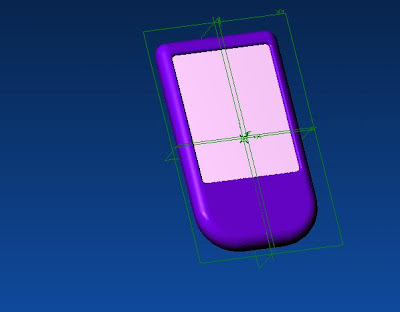 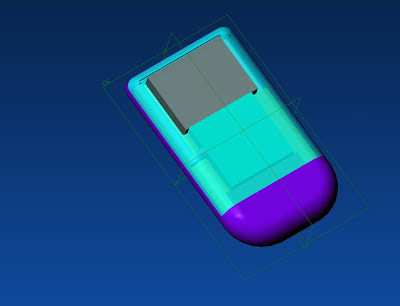 Posted by Adrian Cockcroft at 12:49 AM No comments:

I'm at the O'Reilly ETel conference this week, lots of new and interesting things happening. I've met the OpenMoko people and held the phone (nice hardware, quite compact).

Several people from the SVHMPC are also attending, we have been showing off the cases I made a few weeks ago, and I've been spending way too long on a new and much cooler case design. I've posted my design including all the cad files (this is a completely open source project, including hardware designs) to a page on the Homebrew Mobile Wiki.

Thats the main reason there have been relatively few postings in the last week...
Posted by Adrian Cockcroft at 12:30 AM No comments:

Joost sends out a batch of beta invites

I only got two, they are both already take and I don't have any spare, but several people are selling Joost invites on eBay for a few bucks...
Posted by Adrian Cockcroft at 12:28 AM No comments: